Posted at 10:42h in Uncategorized by ParsecBlog 0 Comments
0 Likes

We arrived in Melbourne on June 21st after a 13 hour flight from Dubai. It’s wintertime. On the 22nd we left with David Hunt and Mark McGill of Kauri (the Parsec distributor for Australia and New Zealand), along with Carston Heinemeyer of the German company 2B FermControl.

Our first stop is Coonawarra, in the province of South Australia on the Limestone Coast, one of the continent’s oldest wine-producing regions (the first harvest dates back to 1890). The area is home to a large number of exceptional red wines (mainly Cabernet Sauvignon), and the vineyards are located on a strip of land approximately 21 km long by 2 km wide, which is characterized by a thin layer of soil known as “terra rossa” resting upon a limestone bed (see the photograph), with an abundant water supply and a long, cool maturation period. Interesting fact: like those of the other regions of South Australia, the Coonawarra vineyards are free of phylloxera, and are therefore kept under strict supervision by the bio-safety authorities. 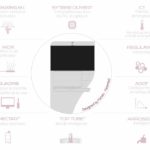 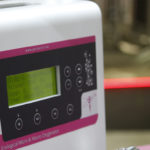 The seminar on June 24th was held at Hollick Wines, and was attended by 25 of the region’s most prominent wine producers. At the end of the speech, the guest were invited to sample a 2010 Cabarnet Sauvignon from New Zealand, which had been micro-oxygenated at a dosage of 0.3 mg/L/month and was sampled for tasting after 15, 30, 45 and 60 days of micro-oxygenation in order to highlight the development of the organoleptic properties.

Our next stop was the Barossa wine region, also in the province of South Australia, which is home to the famous red wines of the Barossa vineyards, like Syrah (the first vines were planted in 1842). We then moved on to the Eden Valley, where the cultivation of Riesling was brought by German settlers during the late 19th century. Interesting fact: a survey performed upon some of the oldest vines in the Barossa vineyards showed that a number of centuries-old specimens still remain. Some of these so-called “ancestral” vines date back over 125 years to the first settlements in the region, and have been used to propagate much of genetic material present in the younger vineyards.

In Barossa, we visited Teusner Wines, where the workers were busy flushing and filling the barrels and micro-oxygenating the 2013 wines, which would not be wood-aged.

The workshop was held at the Tanunda Club House on the afternoon of June 25th. Like the day before, we discussed every aspect of oxygen management, a process that allows for the control of undesired oxygen intake, with the measurement of the dissolved oxygen (Oxylevel) and the removal of the excess oxygen via deoxygenation (Evo 1000), was well as the precise dosing of oxygen useful for quality purposes, with all the possible micro-oxygenation applications (Oxygenius and Saen 5000 series).

On June 26th, we visited McLaren Vale, our third and final stop in the province of South Australia: a valley with a typical Mediterranean climate (there are even olive trees!) that extends over two basins filled with marine sediments deposited over top of the bedrock. This region is home to a wide variety of grapes, including Syrah, Cabernet Sauvignon, Malbec, Tempranillo, Mouvedre, Carigna and Grenache.

At the Samuel’s Gorge winery, we were welcomed by Justin McNamee himself, with a brilliant sparkling Syrah fermented in the bottle.

The workshop, which was held at the McLaren Vale Visitor Centre, featured a presentation on fermentation and organic wine by Carsten Heinemeyer, as well as a discussion on oxygen and micro-oxygenation by Parsec.

One June 27th, after a brief stop at AWRI (the Australian Wine Research Institute) in Adelaide, we quickly moved on to Margaret River, the final stop of our Roadshow in Perth, Western Australia.

The destination for our Western Australian workshop was the young and innovative Margaret River wine region (the first vineyard dates back to 1967!), which is home to 3% of all Australian wines, 20% of which are of Premium quality. The local red varieties include Cabernet Sauvignon, Merlot and Syrah, while the whites include Sauvignon blanc, Semillon and Chardonnay.

Here we had the opportunity to meet with the Margaret River wine-makers, and ultimately said our goodbyes to Australia after our last workshop on June 28th, which was held in the Xanadu auditorium.

Our farewell to the Australian continent was accompanied by a heavy rainstorm and a brilliant red sunset. 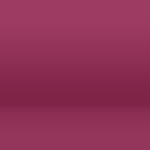 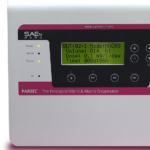 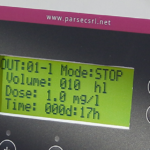