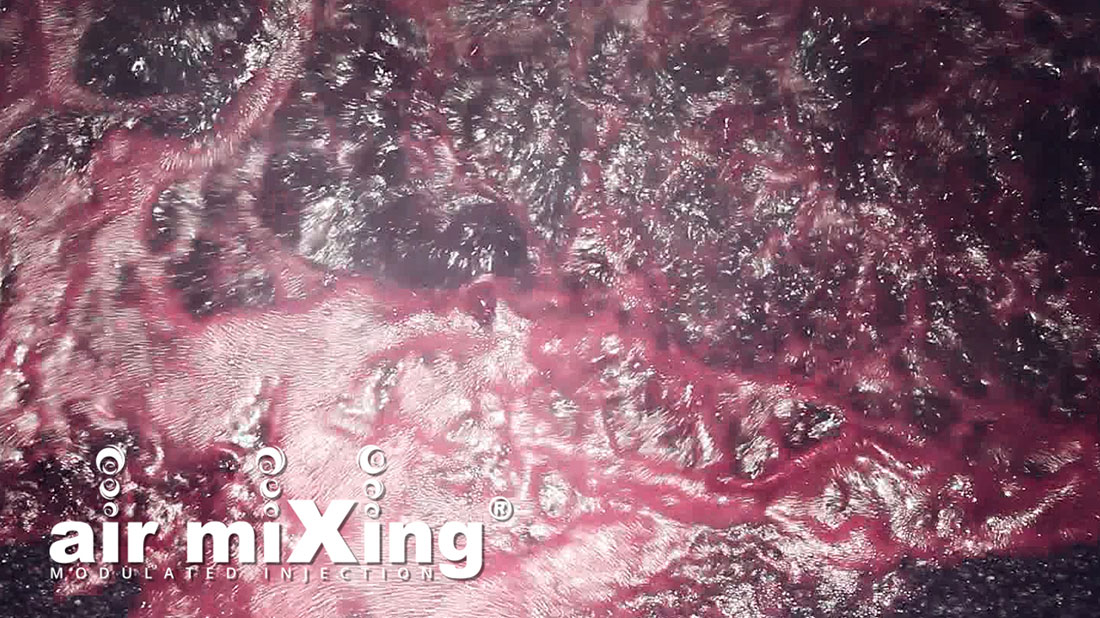 Posted at 10:47h in english by parsec_admin 0 Comments
3 Likes

AirMixing M.I., the system revolutionising the concept of red grape maceration, has been recognised amongst the most innovative technologies in the Winnovation Award, the competition organised by the Wine Industry Network in California that selects the best technologies for the advancement of the wine industry.

The colour and tannic structure are undeniably the main factors in determining the quality of red wines. To obtain wines characterised by an intense and stable colour and soft, structured tannins, the optimal ageing of the grapes is definitely the first essential condition – being essential but not sufficient on its own. To extract all of the noble compounds from the grapes, contained mainly in the skins, and to transfer the quality of the grapes to the wine, the contact between the skins and must during maceration must also be managed.

Indeed, it is during the maceration period that the tannins, anthocyanins, polysaccharides and the desired aromatic compounds present in the skins pass in solution in the must and wine, to then be stabilised during maturation and ageing.

Whilst anthocyanins are present in the vacuole of the skins’ cells and easily extracted from the early stages of maceration following the crushing and tank-filling, the tannins are bonded in a more stable manner to the cell structures and pass in solution in later stages, also thanks to the extracting action of the alcohol. In the case of perfectly-ripe grapes, grapeseed tannins – which enrich the wine in the most advanced stages of maceration – can contribute to the tannic structure of the wines. In other cases, with non-perfect phenolic ripening or for varieties with particularly high tannin content, it is best to remove the grapeseed or complete short vinifications that reduce their extraction, in order to prevent enriching the wine with green tannins characterised by undesired herbaceous flavours.

The diffusion and leaching phenomena combine in the extraction stages. With the diffusion, the extractable compounds from the skin cells are obtained whilst with leaching, they are redistributed into the liquid mass. In this way, it is possible to maintain the difference in concentrations which – as described by Fick’s Law – represent the engine for the transition in solution from a more concentrated medium to one that is less concentrated through a semipermeable membrane.

Choosing the most suitable maceration technique

There are many possible maceration techniques – some more traditional (such as pumping over or punch-downs) and others more innovative.

The choice depends on many factors but one fundamental principle must prevail: to result in quality wines, the grapes must be “treated well”, respecting the integrity of the grapes and the marc. Averting lacerations caused by mixing too violently and the direct action of the mechanical parts means reducing both the formation of lees and the extraction of substances with vegetable and bitter tastes. Grape skins are a raw material to be “handled with care”, in what are known as “soft” maceration techniques.

But even this still isn’t enough! To homogeneously and effectively extract from the entire grape marc cap that forms at the top of the tank, whilst simultaneously managing the process in a practical, efficient, economical and sustainable way, the techniques and equipment used must satisfy certain basic requirements:

These principles are valid both in the case of wine presses and pumping over, and when more advanced winemaking systems are applied, such as one of the PARSEC solutions for vinification under controlled pressure (Parsec’s Nectar-ADCF) or the patented AirMixingTM M.I. (Modulated Injection) system, also suited to vinification in large or very large tanks where the more traditional techniques would be ineffective, if not even inapplicable.

When the vinification of red grapes takes place in tall and narrow tanks, far from the ideal height to diameter ratio of 1:1.3, or with tanks of 500, 1000 or even 6000 hl, the thickness of the marc cap increases, the marc compacts under its own weight and the chances of a soft and homogeneous extraction decrease. Indeed, it is difficult for the must to traverse a very thick and compact cap homogeneously when pumping over, with the inevitable formation of preferential routes without wetting the remaining solid parts. In addition, the difficult homogenisation of the liquid component with the skins leads to greater thermal and densimetric stratification within the mass, resulting in long and complex drawing off operations to remove the marc that is too compact and unpumpable. 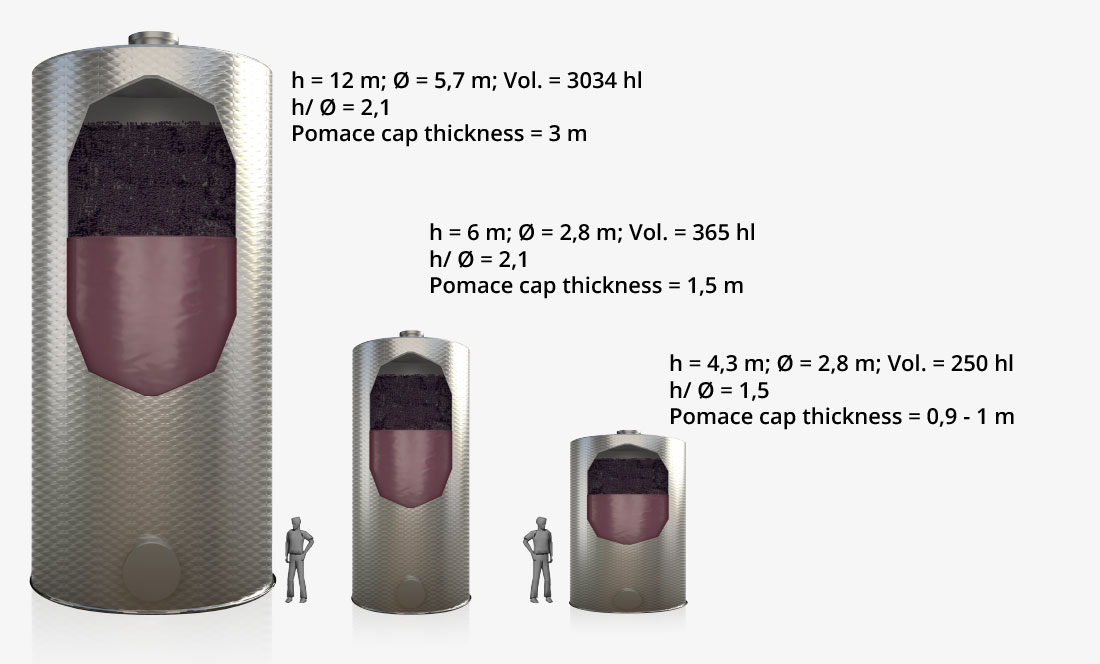 Image 1: the extraction of colour and the maceration of the skins in tanks of very large volume or with adverse forms presents problems that are not solvable with traditional leaching techniques.

The AirMixingTM M.I. (Modulated Injection) system is based on the combined, sequential and modulated introduction of small jets of compressed air via a series of nozzles positioned along the side wall of the tank. The modulated jets of air injected by the nozzles in precise sequences transmit motion to the liquid such as to create a disintegrating wave responsible for the break-up, inundation and immersion of the cap, along with the elimination of the gradient of heat distribution, density and extracted components.

With AirMixing M.I., it is not the pressure generated on the solid parts directly from the injection of the gas bubbles that causes the cap to break up and disintegrate, but the disruptive wave that forms in the liquid, with reverberations from the air pulsated with differing frequencies and intensities.

In a recent paper published in the technical journal VVQ, Professor Fabio Mencarelli from the University of Pisa explains the phenomenon of extraction with disrupting waves: “The cap and solid parts begin to break down when the frequency of the wave coincides with the oscillation frequency of the solid part, which causes movements in all directions… With this system, the physical actions that are favoured are the dissolution and diffusion by cells in intercellular spaces; a consequent and continuous leaching results in their extraction.”

Preventing the formation and compaction of the cap until the end of the initial phases, the marc remains soft, mixing with the liquid throughout the entire vinification process, at the end of which it is still easily pumped, with a substantial reduction in time and difficulties associated with the drawing off operations.

During the 2020 harvest, in a large vinification plant in the state of Victory in Australia, the savings in time and resources in the drawing off operations were calculated and analysed on a series of 1150-hl tanks fitted with the AirMixingTM M.I. Unlike in traditional tanks in which the drawing off operations once required a total of six hours (two hours for the liquid component and four hours for the removal of the marc), with AirMixingTM, the devatting operations were concluded in three hours and twenty minutes (using the same pump), with the greater ease determined by the perfect ‘pumpability’ of the skins – 85% of which were transported to the press in just two hours, travelling 150 metres from the tanks.

Following the 2014 harvest, a test was carried out in Spain on Tempranillo grapes in tanks with a capacity of 1500 hl, comparing the extraction results obtained with the new AirMixingTM system and those achieved with the technique commonly adopted in the cellar, with pumping over and délestage.

The results highlighted how the use of AirMixingTM allows for greater extraction from the earliest stages (an important aspect if there is the need to reduce the maceration time due to space constraints) along with an increase in colour intensity of between 17% and 21%. (Image E).

Image 2: Extraction of phenolic compounds (on the Total Polyphenol Index) on the left and evolution of the colouration intensity on the right during the extraction on Tempranillo subjected to various maceration techniques in 1500-hl tanks, with the new AirMixingTM technique or with pumping over and délestage.

Manufacturers who have tested and subsequently chosen the AirMixing® M.I. for their cellars appreciate its functionality, safety and cost-effectiveness, along with the energy savings resulting from a better distribution of temperatures and reduced maceration and drawing off times, to list just some of the benefits. The oenological and qualitative results form part of the main advantages deriving from the application of AirMixing – from optimisation of the extraction processes, to the positive impact on the fermentative process, through to the reduction in the interval between the end of the alcoholic fermentation and the onset of the malolactic fermentation. The end results are increasingly balanced, clean and fruity wines.

AirMixing M.I. is a modular system that can be installed both on vinificators and ordinary tanks – be they existing or new – whilst being simple to programme and use, offering extreme effectiveness in the extraction and break-up of the cap as well as in the management of drawing off operations. Such characteristics have led several manufacturers to extend the AirMixingTM M.I. system to almost the entire cellar following initial tests in the cellar.